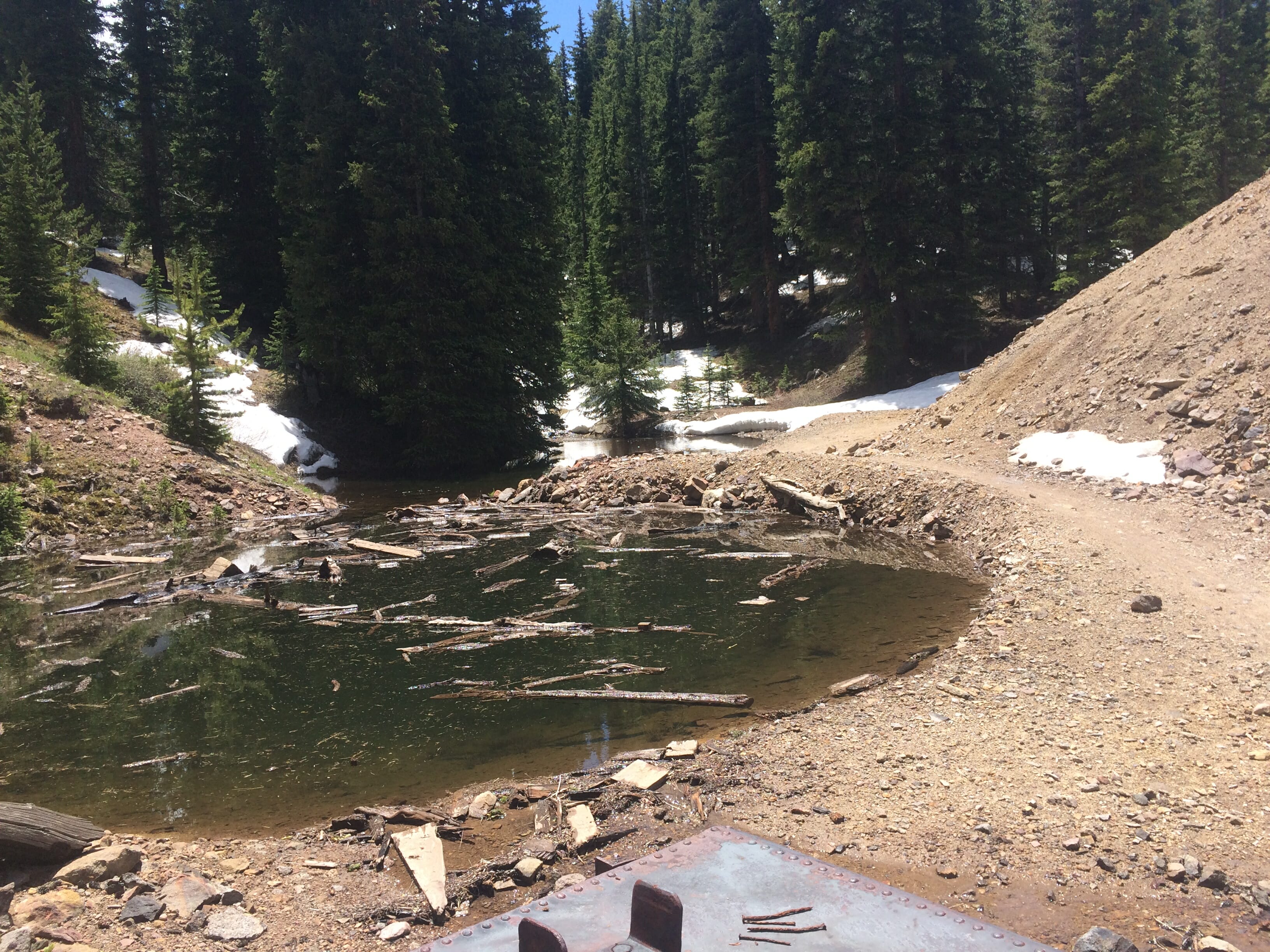 Stand up for Good Sam 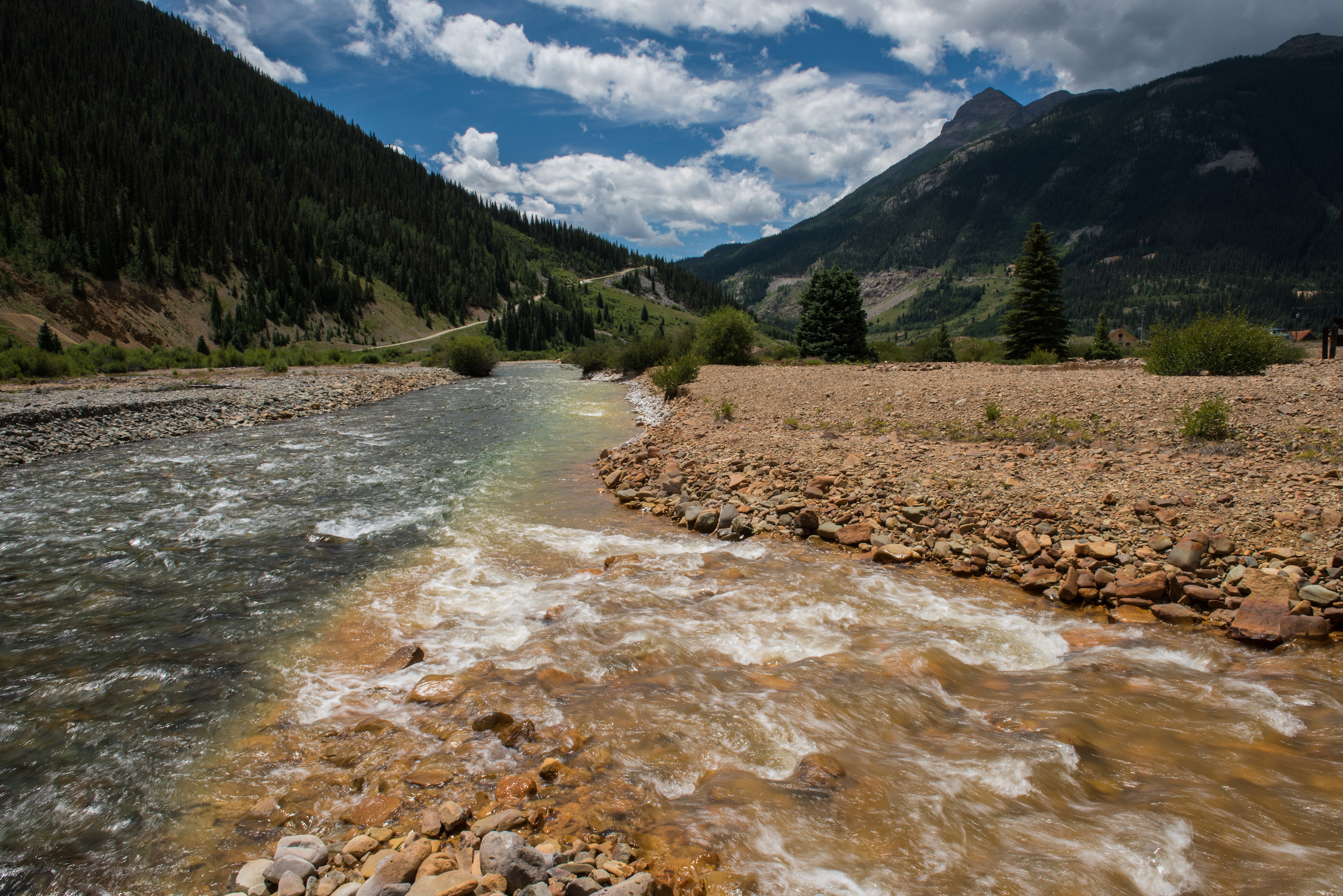 Trout Unlimited staff have been working in the upper portion of Illinois Gulch since 2013 in partnership with other Federal, State, and local entities to address contamination from smaller abandoned hard-rock mine sites.  Specifically, TU consolidated and capped 3200 cubic yards of contaminated waste rock and re-routed 400 feet of stream channel at the Mountain Pride mine in 2018.  Efforts through this project should help decrease zinc loading downstream of the site.  TU is committed to finding a solution for Good Samaritans, while continuing to clean-up contamination from historic hard-rock mines in the West.

“Mine runoff turns Blue River orange in Breckenridge.” “Orange stain on Blue River fades as officials watch drinking water.” These were the headlines in the Summit Daily newspaper last week after the Blue River near Breckenridge, Colorado, turned decidedly orange on Saturday afternoon.  The source of the discoloration was from the Puzzle/Willard Mine complex that contains two perennially draining adits.  These mine features load zinc and other heavy metals to Illinois Gulch, which ultimately finds its way to the Blue River upstream of Breckenridge, Colo.

The photos harkened back to the Gold King Mine spill near a different Colorado town in 2015. But this time, there was no accident. There was no entity or parties to blame. Apparently, there was nobody even around. There was just rain – and the natural processes that continue to generate toxic run-off today at mines that were shuttered decades ago.

The Blue River gets its name just how you would think – from the color if its water. It originates in the high peaks around Breckenridge, then flows downstream into Dillon Reservoir, which provides drinking water for hundreds of thousands of people on the Front Range. It re-emerges from the bottom of the reservoir really cold – perfect conditions to support the world-class trout fishery downstream. But last week the water spilling into the reservoir changed color for a day. And it wasn’t the first time. When weather conditions line up, and enough rain and snowmelt soaks into the mountains, mine tunnels like the ones above Breckenridge “burp” orange water and toxic metals into nearby streams and rivers.

Across the West there are thousands of these orphaned mines. Some of the worst ones are in a queue to be cleaned up by the government through the Superfund Program. But most are hung up in settlement negotiations, or not slated to be cleaned up by anybody. This, despite the fact that Good Samaritan organizations – third party groups like Trout Unlimited who have no connection to the historic pollution – want to do just that. In doing so, we could help create more clean water for both fish and local communities affected by these ticking time bombs.

Unfortunately, some of the same laws that so effectively protect clean water and the environment, also create a liability burden for Good Samaritan organizations that prevents them from tackling these projects. In short, the current law treats voluntary cleaner-uppers the same as polluters and a Good Samaritan could become the liable party for any remaining pollution. The solution to this conundrum lies in legislation that would protect Good Samaritans and encourages action. We have been working to pass that kind of legislation for over 15 years and the current Congress presents one of our best opportunities to finally pass a bill that will help us address this vexing problem.

Go to Standup.tu.org and send a message to your elected officials that you are counting on them to pass Good Samaritan legislation!