Take photos of the scenery, not the fish while on the boat

What I’m about to say might bother some people and as a professional photographer for over 20 years I can’t believe I’m even thinking about saying it.

It’s time to stop taking photos of our fish while in the boat.

If we don’t at least talk about how anglers pressure fisheries, is habitat work just window dressing?  Numbers. That’s the word that pops to mind when I see this image.  I asked you all what you thought yesterday. Many said “bobber.” (OK. I think most of can agree...

Being more than ‘a trout guy’

“New Mexicans have been here on this land for more than 400 years,” Mitchell said. “You can’t come in with a ‘trout guy’ perspective. These are age old relationships that we have to foster and work together with to build trust.”

Everything you wanted to know: Rio Grande cutthroat trout

Toughen up your small dry flies with UV resin

Go higher to beat the heat and catch wild trout

Brook trout are wild in many western high-country streams. When water temperatures start to rise in the summer, most of us know to stop fishing. And if you didn’t know before, you do now. Rivers across Colorado have voluntary closures and hoot owl restrictions...

Just say ‘yes’ to opportunities that spring up out of nowhere

by Meghan Barker | Voices from the river

TU Tested: Five items every boater should consider this summer

Did you know that most sunglasses don’t float? Seriously. I can count on three hands how many I’ve lost to the river. Why are Dragon’s Mariner X LL’s awesome? Because they float. Period.

By pack mule and on foot, the Forest Service and Colorado Parks and Wildlife members went in to save the previously thought-to-be extinct lineage. Less than 100 individual trout were removed and taken to the Durango fish hatchery for safekeeping and possible brood stock development.

Effective Saturday, July 24, Yellowstone National Park’s rivers and streams will close to fishing in the afternoon and evening due to high-water temperatures and unprecedented low stream flows

Five reasons you should be fishing lakes today

Fishing stillwater for trout is so good for you, and good for your game, on so many levels. But many anglers don’t bother. Here are five reasons to go jump in a lake (or at least fish from the shore 1. Knowledge You learn things you don’t often learn on the river. ...

Everything you wanted to know: Colorado River cutthroat trout

Oftentimes, working hard to get to remote fishing areas can help us find less pressured fish. But sometimes we can find great action right under our noses, even if it means we have to put up with some inconveniences, including noise.

I’m gonna deviate today slightly from the boat rhetoric and throw something out there that is important, incredibly powerful to watch and features one of TU’s own. I think we can all agree that “fly fishing is about so much more than pulling on fish” like Kirk Deeter says or rowing a boat (hard for me to admit). 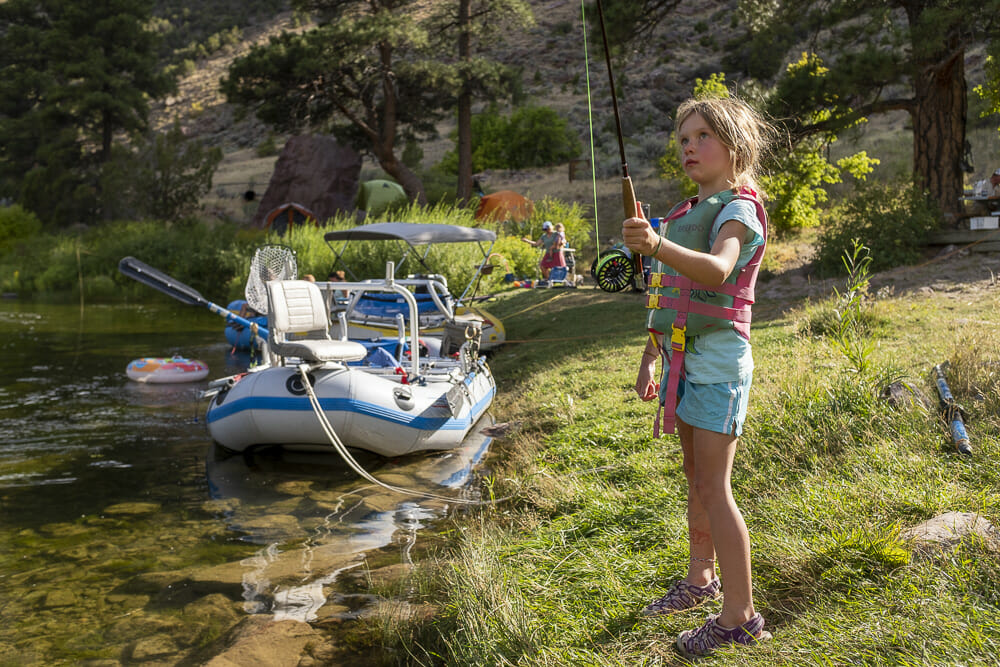 I didn’t start really breaking rods until I got a boat. Sounds funny but it’s true.

Excuse me… just slamming through

Everything you wanted to know: bonneville cutthroat trout

The most over-the-top drift boat ever?

While this might be a slight exaggeration, it might not be either… Over the weekend my buddy sent me a link to a boat over on a group we belong to on Fakebook called Drift Boats Unlimited. In the posting a gentleman named Grant Brown had about 25 images of a boat he was wanting to sell.

Chasing the Green Drake all the way to the Arctic

The Green Drake. Chris Hunt photo. Five years ago, I drove from my driveway in Idaho Falls all the way to Dead Horse, Alaska, where I caught a glimpse of the Arctic Ocean, and then back again. It was a 10-week journey, and, when it was all said and done, I put about...

Chill out and let others enjoy the river, too

I once observed a school of trout whacking away at PMDs have a canoe float right over them. How long do you think it took for them to turn back on?

Chasing the Wyoming Cutt-Slam and keeping the wolves away

Looking back, I saw Sweet, who had coyly picked a honey hole on a backwater around a small island I didn’t even notice, who was looking upriver at me and grinning ear to ear. At that moment, I remember thinking he resembled a child showing off his hard work.

Chris Hunt photo. A distinctly tropical experience in a distinctly trouty wonderland Imagine gliding over that stereotypical, crystal-clear Caribbean flat in search of bonefish or permit, your Spanish-speaking guide doing his best to meet you on your side of the...

Chris Hunt photo. In fall of 2019, 13 veteran or active-duty members of the Armed Forces in Alaska congregated in the scenic and quiet community of Cantwell to explore and fish Denali State Park. The all-expense-paid trip was...

One salmonid for the rest of my life? I choose Dolly

You can try to time the silver run or the king run, and maybe you’ll get lucky and hit it just right. Odds are, you’ll time your date with Dolly perfectly — she’s rarely a no-show

The design idea was to create an anchor with more edges so that the anchor had more opportunity to grab the river bottom. This theory lead to an anchor design of a series of stacked plates. The concept being that it would create a ribbed surface and more exposed edges. The anchor evolved quickly with the realization that these stacked plates could also be allowed to rotate independently.